Chicken Named Dog on the loose 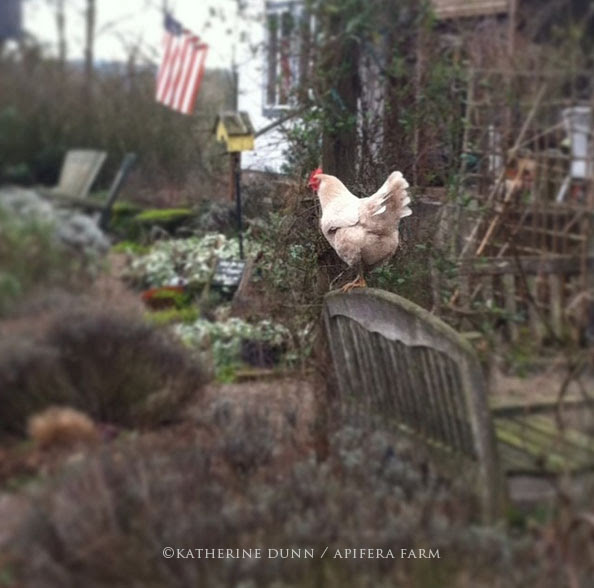 There was a small break out from the chicken coop this week. I have been keeping my hens, along with Franklin the lead rooster and Uno the subsidiary rooster locked in their chicken run. This is because of the sneaky Banties that lay their eggs in highly sophisticated secret areas, setting on them just long enough to bring us surprise chicks.We have already had two surprise clutches this past spring and are overrun with hens. Along comes three more roosters that I agreed to take on for the neighbor's daughter after her father died as she is cleaning out the place, and I have chick making testosterone raptors all over the place. The three rogue roosters live in the barns and have been, so far, agreeable. Bu they want one thing.

But somebody, "Not I, said the Pig", left the roost door open, and some of the hens escaped, seeking the company of one of the rogue roosters-he is quite handsome, I can't blame them.

One of those was Chicken Named Dog, who is pretty old now, but she still has wanderlust in her feet. I must say she looked lovely with the backdrop here in this photo op that day.

"Get back to your hut, or I will leave you to Nature," I told her.

With that, she flew, squawked, and ran back to her flock. It took a bit of sneaky chicken grabbing to catch the other two hens-young ones, not real bright yet, and I waited until rogue rooster was, well, having sex with them and took advantage of their locked down position and was able to grab them easily. 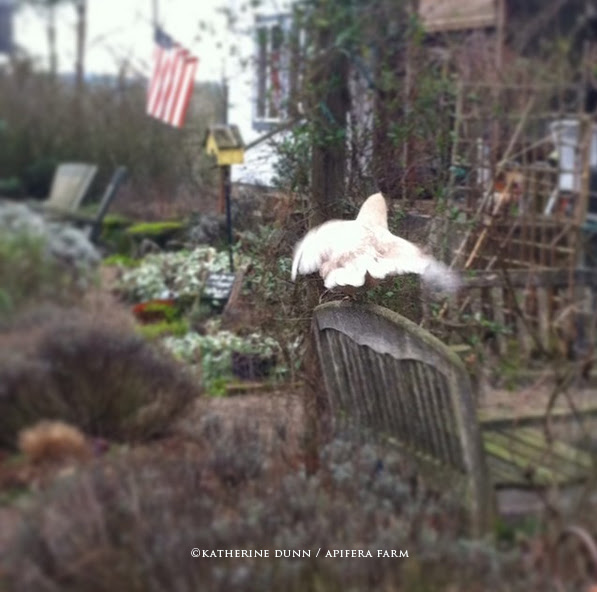 do you have ducks, Corrine? I'm thinking of raising up a few endangered breeds in ducks and chickens in Maine

My sister's corgi is named Chicken!!