Goose and The Dirt Farmer share a magical connection

We have two very special birthdays to celebrate today: Goose...and The Dirt Farmer. Many of you might remember the story behind Goose's arrival...and Moose's. And it is tied into Martyn's birthday and mine.

You see, back in 2013, my mother died at age 87 and it was devastating loss for me. And of course, because I chose to take on elderly Misfits, I was always going through loss of one kind or another, but when my mom died it hit me hard, and I was tired of things dying. Even though I often write about the bookends of life and death, I just wanted an animal to come on board that was healthy and young and wouldn't die right away. I expressed to Martyn that for my birthday I wanted a baby animal to keep.

Now, part of the story you need to know is Martyn's birthday is today, and we are now the same age...for two weeks... and then I turn 58. So unbeknownst to me, Martyn went out back in 2013 to find me a baby goat, and he did, but he kept it a secret. A client had some dairy goats and a little whether and she was happy to have him come live here, so without telling me, he found Goose-who just so happened to have the same birthday as Martyn.

Meanwhile, not knowing Martyn's surprise, I was out snorting around for my own baby goat, figuring I'd have to get this done in my usual sneaky fashion. So I contacted a goat friend and she just happened to have a baby pygmy...who just so happened had the same birthday as me. Eventually, I told Martyn, and explained that I could not turn down a goat with the same birthday. And then he told me he too had found a goat with the same birthday. So we decided we needed to bring home both of them. And I can't imagine not having a Goose without a Moose or vice versa.

While I was suffering the loss of my mother we had two baby goats on the opposite side of death. And every year, I love to retell the story-because I don't think it was a coincidence that they share our birthdays. I think it was all wrapped up into motherly love from above.

So we begin our annual two week celebration-sharing love for each other and giving thanks the other was born. And of course, we thank the stars for finding the two funniest characters around-Moose and Goose. 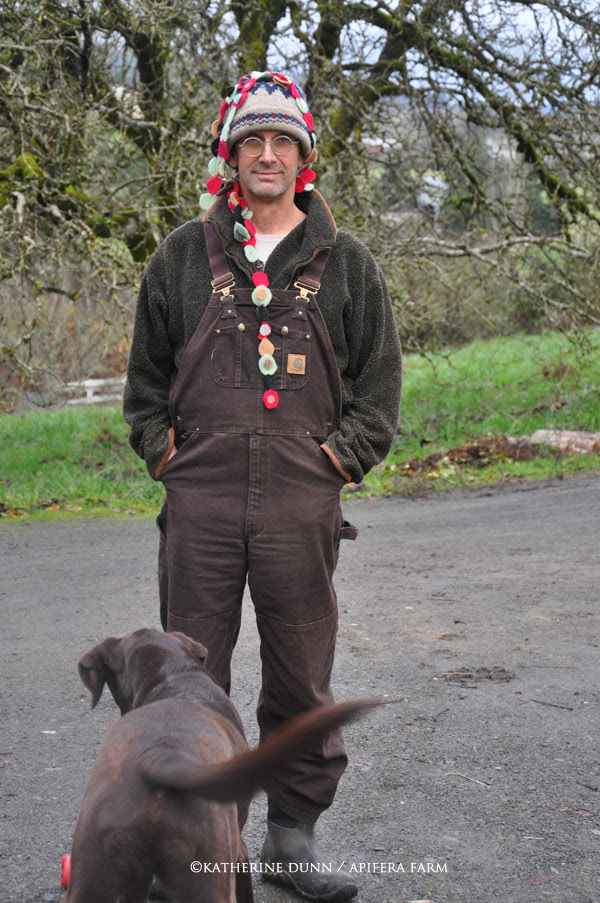 Email ThisBlogThis!Share to TwitterShare to FacebookShare to Pinterest
Labels: Goats of Apifera, Goose, The Dirt Farmer

Happy Birthdays to all of you. What a fab story. xox