We lose a Tiny Apiferian...but it leaves an epiphany 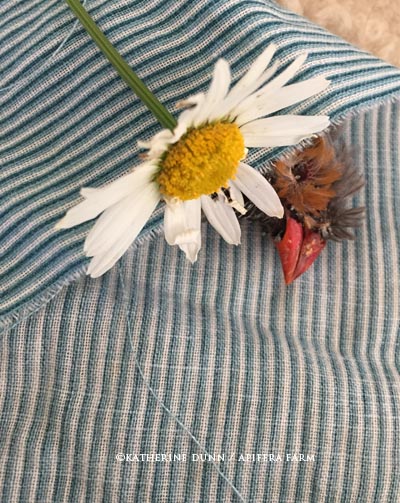 I found one of the Little Apiferians dead this morning. And now we are four. But what was most interesting to me, is that as I cradled his tiny body in my hands, I had an epiphany about my work with animals but also with elder people of late.


First I want to share how much joy these little birds have brought into our home. He and his Zebra Finch mates came to us when we first arrived in Maine, and they were already pretty old. The owner of them was losing his home, and somehow one of his connections thought of us. I had never had birds-and never really thought to. But I somehow thought immediately this was a good thing to do, and it was. The six finches, five males and one female, had their own custom cage hand built by someone. The female died about six months after coming to Apifera, but the males have thrived. I used to count them every night after the female died, worried they were so old and one by one they'd die. There are little bird houses in their house, and some tuck themselves in there and are hard to see. This morning I did a count and had to really look for the fifth bird, and finally found him at the bottom of the cage. Every morning when I get up, the morning routine is to let the dogs out first, but I greet the birds,

If I speak to them, they chirp back. When we watch movies- their house is centrally located in the living room-they react to certain music. If we are angry at the news, a regular thing these days, we ask the boys how they feel, and they start chirping like mad! They are joyful little creatures and enjoy flying around and I give them sticks and natural objects in which they prep nests. One person-of course a complete stranger-scolded me for keeping them telling me they should be set free. Sorry, dumb idea. These were bred and born in captivity. I took them on to help them. If you want to boycott bird breeding, go somewhere else and shame them, not here.

So as I held the little bird in my hands this morning, I apologized for just having found him. He had clearly died at least a day or two before. I'd been swept up in life and had not counted the birds. I told him how joyful he made our home, how his size did not compare to the music and happiness he brought into our world. I prepared his burial setting, and gave him a beautiful cloak to warm him on his journey. He of course did not need it, but the ritual of showing him I cared was important to me. I let the other birds see his body one more time, and then I buried him in the garden. I marked the grave and will bury them all there when their time comes.

The thought came to me immediately, as I held him and talked to him-this is what I was not able to do with White Cloud. And of course, I was not family, or staff, or a nurse, or hired to do that, or legally able to do that. And that is why I can't put myself in those situations any more. I am not wired to work with any creature, be it human or animal, for weeks or years, care for them, do my best, commune on a two way road, and then not be allowed to even say goodbye.

After my experience with White Cloud, I have felt adrift in some ways, floating about wondering why I felt so...awkward. It is because I do not want to work in a system that shuts me out when I feel my work is needed most-at the end of a creature's life. I do not want to walk into one more place and find out someone I cared about and visited for over a year is gone, but nobody can talk about it.

People are so afraid of death, or most people are afraid of it I think. I do not think necessarily that all older people are afraid of it. I am not afraid of it. I don't want to linger in a cement building without nature or things that give my life meaning, being dependent on strangers, or on a bureaucracy that might be keeping people from seeing me, or talking to me. When I'm old, I don't want to be told what to do, I want to be heard. I had a recent conversation with an elderly woman who I used to work with, she is in her 80's-still sharp and interested in life-and the care residence she was in was, in her words, treating her like a baby, not letting her go out on her own after she had fallen once. She did not want to use a walker, because it was hard to get in and out of bookstores, and most importantly, she volunteered at the animal shelter twice a month and it was cumbersome there. She wanted to use her cane, and she said to me, "I don't feel like they want to listen to me, they just tell me what I need. They care more about me falling, than me going out and living." 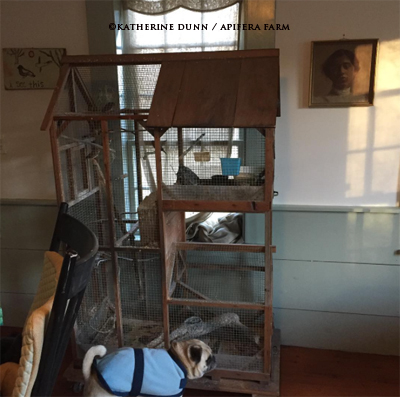 Posted by Katherine Dunn/Apifera Farm at 8:21 AM

Email ThisBlogThis!Share to TwitterShare to FacebookShare to Pinterest
Labels: RIP, The Birds of Apifera, The Little Apiferians

You can say goodbye to White Cloud now and he will hear n understand and comfort you! You helped him/her and that is what you wanted... that should comfort you... you are special!

Such joyful little creatures, but with such short lives...I have also held them in my hand to say goodbye, you are right-we all need to be able to come and go in our own way, with our own selves making those decisions. Because of this, I did not put my mother in a nursing home when she was past the stage when most children would have. I’m sure I received criticism for it, and she may have lived longer if I had, but she wanted to be in her own home with her animals, and I did my best to accommodate her...all of the health care, end of life structure out there does no one any good, unless it is somewhere people want to be..and few actually do...reclaiming her independence is what she wanted, and I had to respect that. I miss my little birds, they were also rescued...such a racket but a joyful one!

sorry for your loss, but happy the little finch found a home with you for his last years. You make a difference.