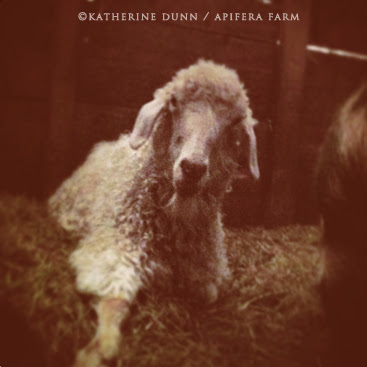 If you'd like to help support my work here with The Misfits, please consider a subscription or donation at reward levels to help offset the costs of maintaining the Misfts. {And thank you to all who do!}

Victor was not able to get up yesterday morning. He wouldn't eat or drink. I helped him get up but it almost seemed that put him into a state of over all body shaking. If you don't know this kind gentleman, he has many issues, including the fact he has a crippling condition that makes it impossible for him to walk correctly. he is unable to firmly put his hind legs down. X-Rays were taken at the former sanctuary and it has to due with his spine, and it is what it is, it will not get better and he's lived with it a long time.

I continued to assess him through the next hours. I helped up again and he was able to walk about 5 feet and then he'd collapse. So I wondered if his front end was caving on him out of weakness, since for years it has done all the lifting. If you ever see Victor get up and down, it is a long process. I got him to a favorite soft spot in the shade and let him be.

Sophie, his long time partner, also affected by the same condition but not as severely crippled, had separated herself from him. She is usually very observant and almost protective of his whereabouts. Animals move on differently than we do and I felt she sensed he was leaving. {And obviously some of this is instinct-in the wild you would not want to be with a fallen comrade too long.}

Upon returning for dinner feedings, Victor was in the same spot. When I helped him up, he shook all over like he was going into a spasm. He walked with my assistance about 3 feet, and totally collapsed. He also was stressed-teeth grinding and a slower breathing, like a sheep in quiet labor. I got him into his main stall, with some more falling and got him comfortable and calm. His temp was only slightly elevated. While he drank water for me in the morning, he would not drink. I could tell he felt lousy and he turned his head, he wanted to be alone and free of touch. Sophie stood far away looking in, but never went to him. I gave him probiotic and vitamin B fortified to help his appetite.

This morning, I was surprised but pleased that he rose on his own. He was wobbly, but he rose. He was totally clogged with feces-large soft clay like lumps, not pellets. I cleaned him up and thought the fact it was firm and not runny was a positive sign. I got hm to a corner and he lay down, and he did nibble on grain and hay, and drank for me.

I have him contained today with Floyd and Sophie. I'll medicate him again and hope for the best. His attitude seemed better this morning, but he still is not his usual self. But maybe it was just a rumen issue or a slight bug.

I gave him my usual speech last night-it's okay to do whatever you need too, I love you, everything is okay no matter what, and I sat with him without words for awhile and then left. I think silence communing with an animal is so calming and helpful for both them and me. When I'm sick, I don't need words, I need silence and sleep.

It's part of the deal, working with elders, and elders that were completely malnourished for a long time. It's really a miracle he made it this far. I was happy to note that Sophie has put on a lot of weight, but Victor not as much. He might just have his limits.

But he is resting and we will guide and help all we can and let go if needed.
Posted by Katherine Dunn/Apifera Farm at 9:52 AM

you're doing such good work. animal hospice is something near and dear to my heart.....

i wish Victor well...wherever his journey may take him

Hoping for the best for Victor...

thinking of Victor this morning .. wishing him and the shepherdess ease and comfort on this crisp, Autumn day. Pumpkins and pie and apples ... so much life and death and celebration in this season. xo