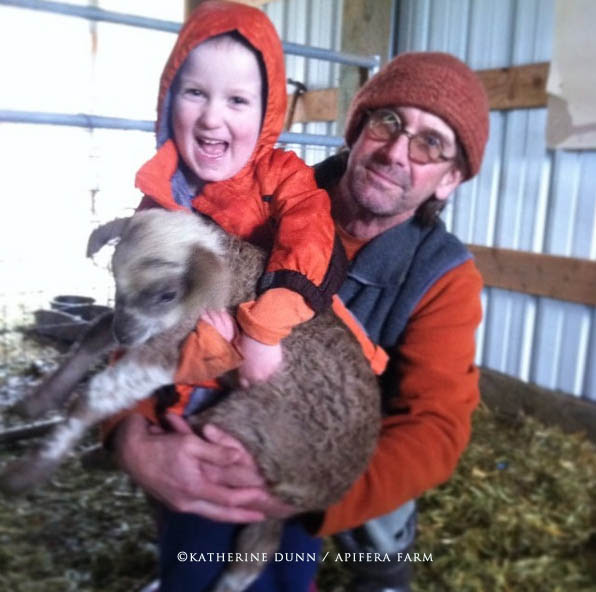 It was a delight to get to see our little friend, Henry, who is four not three because four is very different than three.

I haven't seen Henry since I originally fell in love with him at one of our Pino Pie Days a couple years ago. I've kept in touch with him though, and his mama and auntie [collectively know as The Goat Haulers and Blind Pug Co-Pilots]. So when Henry's mom made a visit to Portland she arranged to come out and see us. Henry was very excited to meet the lambs. And of course meeting the lambs meant he also got to meet Cornelia the pig.

I did not take good pictures. I was focusing on the intellectual conversation I was having with dear Henry. I was telling him why the mama sheep really didn't like Cornelia the pig to get too close to their babies or their food.

"They are different species," he told me.

Kids today. Henry loves animals and nature and his family has given him opportunities to learn as much about nature as he can. He is also a very polite little boy. Very smart but not full of himself as can happen. He has learned to command the camera and has turned into a little poser! But in a good way.

We visited the goat barn so he could meet Earnest and see Moose and Goose and the others. It's always problematic with The White Dogs-Benne because he is so happy and big and wants to 'hold' any guest. Benne is about 90# and Henry is about 50#; Benne is about 5'6" when he stands with his paws on your shoulders, Henry is about 3' tall-so you get the picture. Marcella was placed securely in the hay barn. She is friendly, but also very protective of her charges, as it should be, and can get set off by certain things with guests. I did get a sweet picture of Ophelia holding baby Max with the little Misfits.

What a sweet guy he is. He is one or there abouts-I am better with lamb ages than real human babies, but I do my best. My way of dealing with babies or children is to talk to them like I'm having a sip of wine with my husband-you know, like they are human beings with brains, and lots of good insights.

We finished our visit inside, where Henry took a shine to the Old One Eyed Blind Pug II. Hughie rose to the occasion and I think he'll be a pretty good therapy dog in Maine.

Ophelia took one last look around the place as she loaded up the car. She told me how many people had been helped or made happy by Apifera and the stories. I sometimes forget this. I'm busy after all, just living here and experiencing it-and then sharing. I asked Henry if he remembered me from his first visit...No, he said.

I hope that somehow he might have a glimpse of a memory of his short visit here. I am not sure it will mean anything in the grand scheme of his life, nor does that matter. When I think back to places I can remember as a four year old, they were my Uncle's farm, places I got to go over a period of years so the memories became more ingrained in me as I grew up. But I do remember some things from being three and four-I know this because I would tell my mother and she would say, Good grief you were only three when we went there.

Life is about living of course. But these human bodied vessels our souls reside in on this realm contain memory. I'm glad I have put moments into the soul of a four year old-he is marked now by his visit. What his soul does with it is his journey, and I too have been marked by him.

I asked Henry if he'd write me every now and then, you know, drop me a line, I said.

Sure, he responded, head down, sipping from his juice carton. And then they drove on down the road. 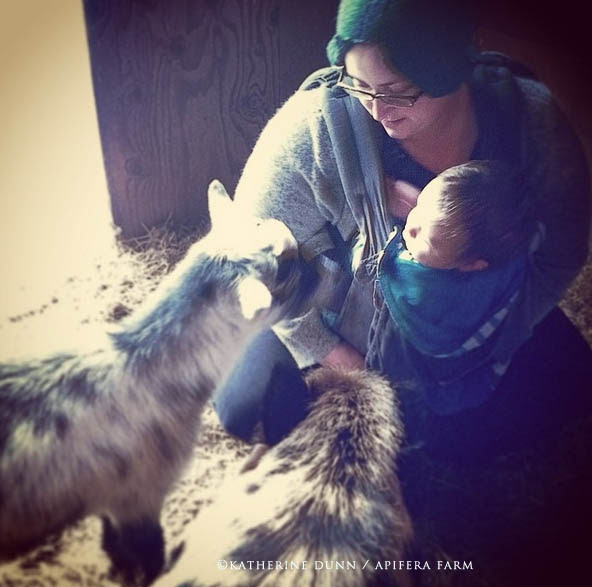 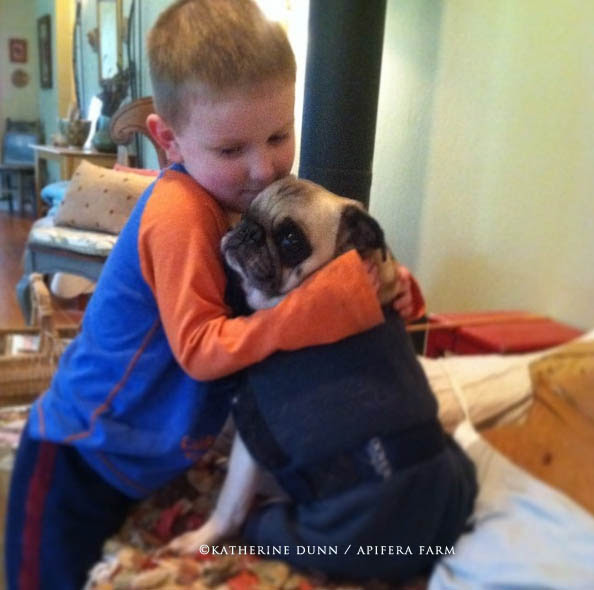 is it my imagination or does Henry have the outfit and the temperament to become the next generation's Pie Farmer?