When homebodies rebuild their empire 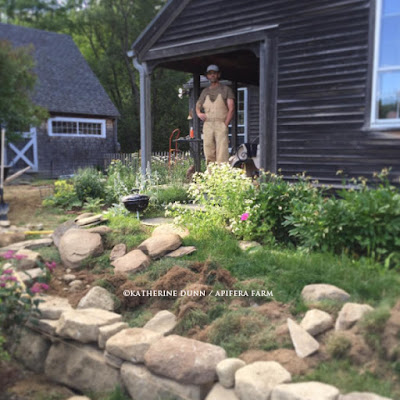 We left behind a well formed and mature garden and structures that took time and evolution of pondering to conceive and bring to life.

I keep reminding myself of that. While I have felt that my impatience streak has been slightly softened with age–really, it has–I do remind my self of that word, often...

We hadn't "planned" to start rebuilding any of what we imagine to be garden beds, but after Martyn dug the four foot trench for the water and electric pipes to the new barn, there was lots of rock, including large pieces of granite.

He couldn't help himself! I was upstairs in my studio and had left him in the yard on his own. When I looked down hours later, he had a wall up. It was so fun to be a voyeur and watch him from a bird's perch as he worked in his element with materials he loves.

And once I saw the beginning of his creation, I just can't wait for more. That's the thing–I know what we created at our old place, I know what we can create here and it just makes me excited to see it. I guess that's called enthusiasm for daily life and what it holds.

We sit on the small postage stamp size porch and look out at the field and the existing yard. Once one project is complete, or even started, it percolates new ones. We are homebodies in general, we stayed in last night and i took what was to be a 20 minute nap at 6pmish and slept almost two hours. But I was up in time to see dragonfly parade in the sky followed by lightening bugs. So our gardens and environs are important elements to settling.

In the meantime, I am having deep sadness about the old farm. I know this will pass or evolve into a different form of acceptance. This is not to be confused with buyer's remorse. There were strong shifts that pulled us here, and many things came together to help us land here. I think what I'm feeling is a bit of shock. Not shock for being here, but the shock that we aren't there-if that makes sense. While it was thought out and seemed to take months, it now feels...sudden. I also underestimated the feeling of having left behind animals. I know the new owner is taking care of them well-I know this, and am grateful, and I know my animals go about their day there, comfortable and fed. It just feels like I left an arm behind. Or I left me. Maybe I did, maybe I'm scattered there. 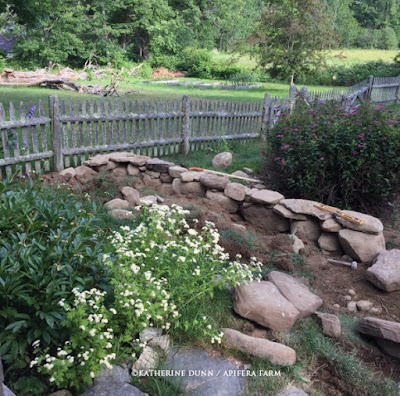 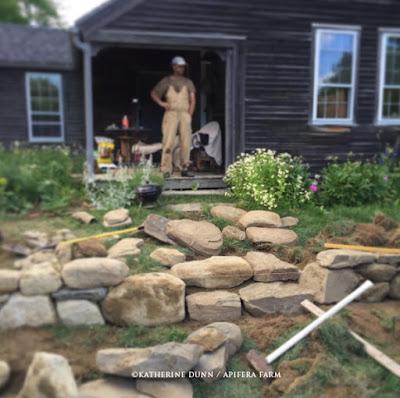 “ I’ve never been very good at leaving things behind. I tried, but I have always left fragments of myself there too, like seeds awaiting their chance to grow. ”

That is so spot on, thank you for sharing that with me.