The truth be told by this outsider 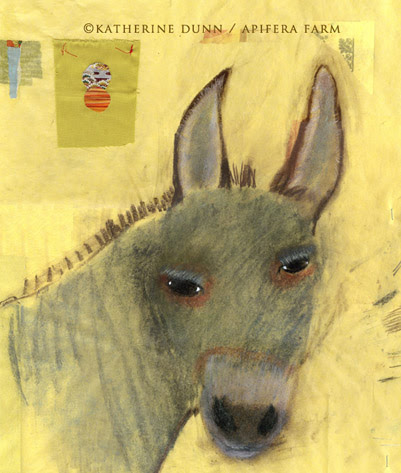 I have a story to tell you. It amuses me now, although at the time I was perplexed and a bit miffed [to put it lightly]. And because I was asked again-for the umpteenth time about this subject-I decided to come clean with the real story, the truth, years later. It comes over and over, and I'm tired of hiding the facts.

When we moved here to Yamhill, I knew nobody. I had a national following in illustration at the time after 15 years and had some nice things under my belt. So someone suggested I do the Open Studio Art Harvest Tour out here in Yamhill County. I felt I might not fit in, or wasn't sure the effort would pay as I knew my prices were high for Portland, let alone Yamhill, and I am not a realistic painter like many in the tour. But a few years later, I thought it might be fun, and a way to promote myself and the farm to the area. I had just finished my first book so figured people could always buy that. So I applied- which meant sending in actual images as they had no online entries. I sent small archive prints and a history of my work including awards, press and shows. I chose 5 animal images, including this one of Pino.

And they rejected me. A jury of three artists who had lived in the area for many years. What was even funnier, for lack of a better word, is they returned my archive prints- folded- yep, folded and ruined in an envelope.

Fast forward a few days. A friend in the area, an artist, was not only shocked, but felt there must have been a mistake. I said it was probably a personal reason, maybe they didn't like I was from out of state, etc. But I never really knew why. Finally this year I was told by someone in the know that the jurors felt - well, my work was like something a child had scribbled on paper and just wasn't up to their snuff. You'd think that a rural art tour would be happy to have some new blood, especially someone who had made a full time living as an artist for over 15 years and might bring in some different buyers.

When people in the area used to ask, "Hey why don't you do the Art Harvest Tour?' I always said, "Not enough time" which is actually true now- it falls on 6 days of prime October weather, 2 straight weekends, and I just would never do it now- but, I always felt like a spoiled sport by telling the truth.

Once again, someone asked me today about it. I told her the truth this time. Maybe this donkey is the scribbles of a child- but who cares, it's a wine country art tour, not the Guggenheim. [insert laugh track from barnyard]. I love where I live, and I hold no grudge against the three judges-in fact, I feel so lucky that I still have a child in my eye and heart. I'd love to improve my drawing skills, and as I age, I find I am more and more...I still can't draw hands. Or proper perspective. But I sure know how to draw what I feel. So for now, I present you with my donkey drawing you see before you, rejected by the Yamhill Art Harvest Tour, but selected by the American Illustration for the website gallery in NYC that same year. His one eye might be crooked to some-but for me, it is just symbolic of a fellow who looks at the world in the only way he can-his way, a bit askew and misfitted.

Note: The Art harvest Tour is scheduled for 2 weekends in October. Visit their website to learn more.
Posted by Katherine Dunn/Apifera Farm at 4:14 PM

I loved that you shared this story! It is so true, we live in a very provincial part of the country and if it doesn't look "real" it must not be right! I've noticed on my blog post that people are not sure how to react to what has me so fired up about your book! I'm certain you have many, many fans and I'm just one....but I really am inspired by your work. It's not easy to be different but it's a lot more fun!

Thanks for that- I've always been a Misfit, but have a lot of Misfits that inspire me!

Oh Katherine, thank you for telling this story! Too freaking hilarious! (shame about your prints, though).

Ah, to draw like a child...free and not self-conscious...that's a gift.

Narrow minds and one big heart (with talent), the link to their website is nothing but class. Your photos and art are awesome and I always feel better after looking at them. For some reason I never thought I follow a blog but I am hooked on yours. Thanks for sharing your life and taking care of all of those critters.