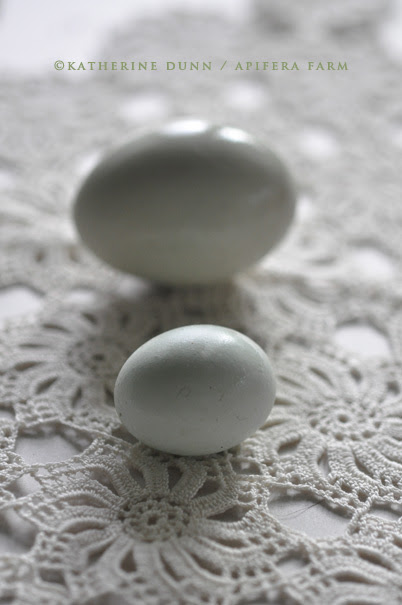 There was snickering as I entered the coop this morning.

"She's making pie today for Easter. Let's play with her head a little bit," I heard one of the hens say, with a cluck chuckle.

I knew it was Alice, named after Alice Waters–every year she likes to play the same little trick on me, always timed for Easter.

I entered and began to gather eggs.

More chuckle clucks. If you've never heard a chicken laugh, it sounds just like the way you say, "chuckle cluck" but you have to say it fast.

And there in the roost was one teeny egg, green in color. They had hid the other eggs but later after chores Edmonia Lewis told me where they were–Edmonia hates pranks and always feel they are a bit cynical. I appreciate this, but must say, I've grown to love seeing a little egg every now and then.

I left with my eggs and walking back to the house heard Alice laughing in her huge Chicken Guffaw Laugh,

"She probably thinks it's one of those store bought chocolate ones and will bite into it."

But I could feel Edmonia Lewis rolling her eyes even though I was already in the house.

{ I'd like to assure everyone there are no Samuelle Noel hairs included in the recipe.} 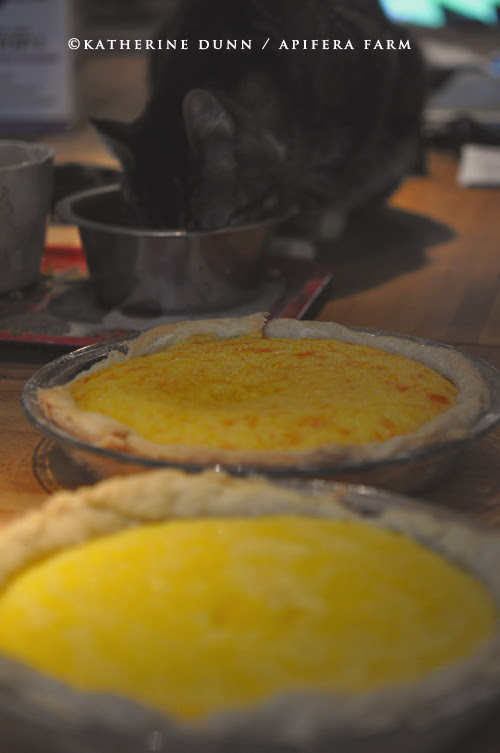 cheeky hen!
Happy Easter weekend to everyone on the farm.
xxoo

Cheeky indeed! And happy renewal day to you to, Carole!

Happy Easter to all of Apifera!

Pies look so good. The ducks give us a miniature egg once in a while too, maybe they are playing a joke on me, making me think it's a chicken egg. xox