The motherly nightie to hug 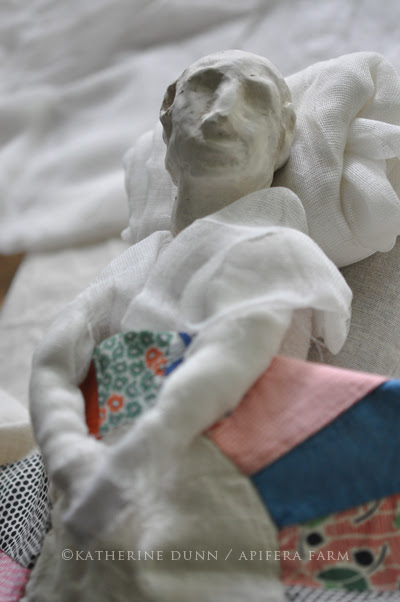 Eighty nine years ago my mother was born, most likely on a very cold day in the upper regions of North Dakota. While this day marks her birth, it also marks the fact I haven't seen her alive for two years. We had driven down to be with her in California on her 87th birthday and I can remember when we left, we got in the car and said our good-byes, buoyed by the fact we'd be back in May. As we coasted down the very long drive, I could see her out my rear view mirror, waving, getting smaller and smaller. She waited until we must have been out of sight to turn back to her apartment-and I too, watched, until I couldn't see her anymore. That scene comes to me over and over. If a movie director had orchestrated it, I would have begged him to make the car stop, so I could have rushed back and proclaimed I would stay another day, or month, or year. She died in April, suddenly.

I looked back at the grief blog I made in the days following her death. It is raw in the beginning, and it's almost heartbreaking to see how off kilter I was. I grabbed at anything that might get me to stand up in those first shocking days-like creating clay doll that I carefully placed under a quilt square she had made some 70 years earlier with her own mother-if I could not be with her to lay out her body I could do this from afar. The photograph of her nightie seems so ethereal and haunting, but still pure-it was the same nightie we found in her house, hanging where she left it the morning she entered the hospital for routine exams. I keep it in my bedside, taking it out to smell for her scent. There is still a little of her smell left, so in a way, the objects left behind must also be let go of, and taken off of the pedestal we put them on and just become normal again. But at this point, two years later, that darn nightie is like a shrine of sorts. I don't take it out much anymore, but sometimes I do, and I press it into my face.

The photo of her is one I keep on my computer. I used to go to it so often, but as one moves on, one carries the face and hands of the departed person deep in their inner psyche. Still, I will go to that photo and stoke her hair through the computer screen. She used to stroke my hair, even as I grew into a woman, and it always felt soothing. My mother was not a hugger or demonstrative person with "I love you" but she showed it in so many ways. I never doubted it.

So here are so many of us, motherless, marching on like dutiful humans-acknowledging we have a lump in our throats when we think of the mothers or fathers we've lost. We recite quotes sometimes, sharing our realization that it is the life we have now that is what our mothers would want us to focus on. And we do. But every now and then, like on a mother's would-be 89th birthday, I get to celebrate, but only after I sneak that nightie out of the draw and smell for my mother. 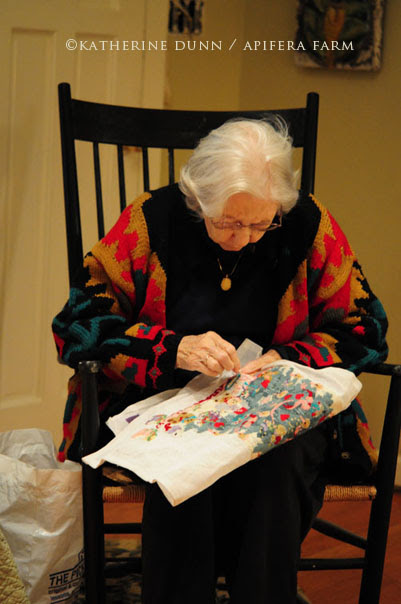 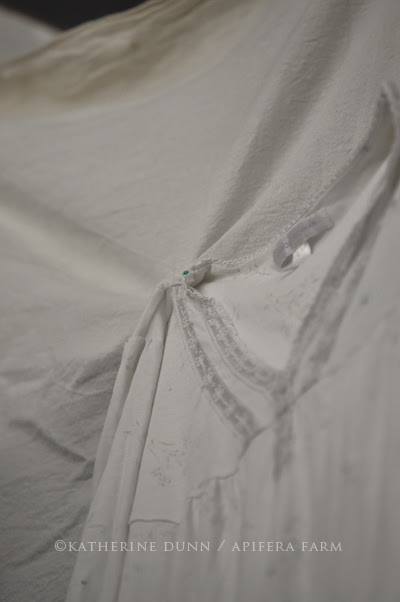 Beautiful post of remembrance. What is it about the smell that brings such comfort. Smell is so powerful. My mom would have been 90 last September. She died when I was 25 so no smells for me. But every time I hear Georgia by Ray Charles I think of her. Her favorite song. That's what a long time passing let's me hold on to. xox

Songs and smells ... yes ... strong markers of memories for me. I have my mother's card box of recipes and recently my girl has taken to saying "Write this one down on a card mom." At first, I was baffled. Then I realized she wants me to add to the recipe box her favorites so that one day - hopefully a long long LONG ways off - she will have my recipes to remember me by. Well. THE recipes she likes ... maybe not so much me but me via potato soup!

Thank you for sharing your memories & your process ... I feel like you stretch out a hand to steady those of us following behind in this grief journey. It helps and reminds me to reach behind to support another. xo

Corrine, yes, smells are so evocotive of so many things- transporters to other times, for sure! I still think of my dad with certain soaps, or old boyfriends with scents. Lis-didn't your heart swell up? Such a sweet story. I have my mom's handwriting on all the recipe cards, and my dad's -she will treasure that recipe box.

Lulu in the Woods said...

oh this brought a tear to my eye and yes, the lump in the throat. I never knew any of my grandparents, and love in our family was a hard won thing. I so longed (and long) for a grandmother who would stroke my hair and wrap me in blankets, the hole where that love should have been is so big. I often visualise a grandmother figure, somewhat like old grandmother earth herself who comes and sits and chats with me. its nice. thank you