The story of Fiorella 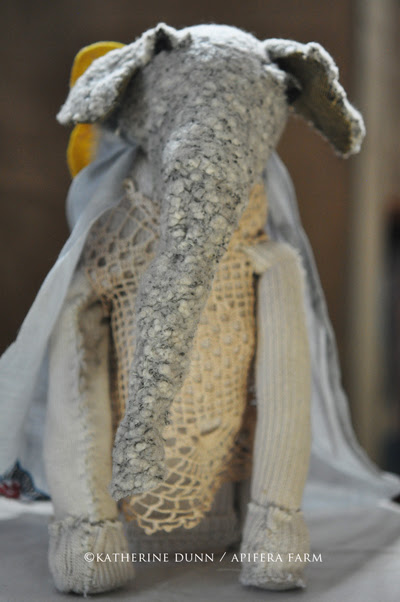 Fiorella is 105 years old. She spent her life, from birth, in a small travelling circus in Romania. She is quick to point out she had a good life there, and liked the long walks between towns with her mother and other family.

Her mother was a prized performer for the small circus, but not like you might imagine. Her gift was her ability to calm the restless. Each town that they came on, her mother could soothe a crying baby, help an elder feel less stiff, and keep young children from stealing candy. And she did it all by standing still. Fiorella learned early on that patience and calm could bring about good things.

But all mothers age and Fiorella's was no different. She lived to be 125 years old so mother and daughter had a long life together. After her mother died, Fiorella began spending more time with one of the costume designers of the circus. His name was Paulo and he loved to sew. He told her stories of her mother's youth to keep her spirits up. He would sew all sorts of things for the circus, like velvet drapes for the stage and outfits for the clowns. One day he was measuring drapes for a set and he asked Fiorella if she'd mind if he draped them on her large body, so he could hem them without bending over–after all, he was sixty and had worked his entire life bending and reaching to sew hems and such.

From that day on, Paola and Fiorella were a team, they did everything together and people teased Paolo that he finally found a wife, since he had been a bachelor forever. They didn't mind, it was all in good faith, everyone loved them.

About the time her mother died, there was an earthquake and many new rivers formed in the small towns where the circus travelled. It made it difficult, because bridges had not been built yet. As they were moving camp one day, Paolo fell into a deep crevice. They spent hours trying to get him out and he feared this might be the end of it all. But Fiorella remembered the drapes from the stage. She retrieved them, and back at the crevice everyone helped tie drape after drape together, and Paolo was able to pull himself out.

They went on together like this for many years. As Paolo turned 95, he had more and more trouble sewing, and his vision grew blurrier making it difficult to finish outfits and drapes. He knew in time he would not be there for his friend, Fiorella, and this worried him greatly. So he began to make her an outfit that could help her go anywhere she needed after he was gone.

He didn't tell her what he was making, she thought it was just another costume.

On the day he died, they found a costume on the bedside, with a note for Fiorella. They read it to her, as she paced and paced by her friend's body.

Dear Fiorella, my friend, please take this outfit and remember that when you wear it you can let your wings take you where ever you need to go, without danger. I know we will meet again. Yours forever, your friend, Paolo.

The circus took the week off so that Fiorella could come to terms with her loss. They had an elaborate parade for Paolo, and Fiorella was the leader, walking in front of a carriage in her winged outfit, his coffin covered in velvet drapes.

Several days later, the circus realized that Fiorella was gone. She left a note,

I have my wings now. Do not worry. I will travel, until I find Paolo. Fondly, Fiorella 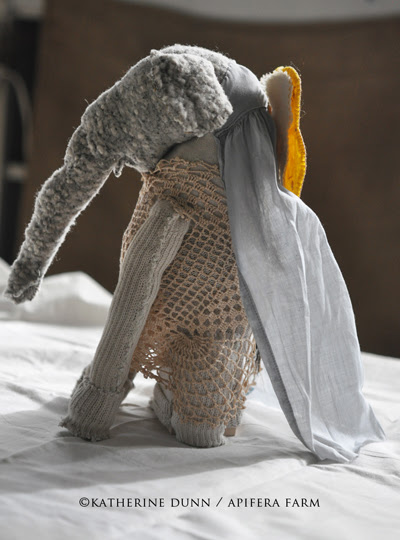 Magical...your writing always goes straight to my heart, so much so that I often can't think of a response to do it justice. You have such a gift. <3

You must know the intelligence and deep emotions that elephants can have. Such a heart warming story...do I see a new kids book in the works?
(by the way...no worries about not donating for Georgia...I know how much you have on your plate and how much you have to put on your own critters! xo)

Thank you, Sherri and Kerry for taking time to read about Fiorella. I am so glad to have her here, but if her time comes to move on from here, I will know she must have found Paolo.

I think there is ALWAYS a children's book in me, I hope by the time I leave earth I get one out!

I agree with Sherri, Fiorella's story is magical. I would love for you to share more about her. Do you think she would mind if you did?

She is magical. AS is her story, there is a childen's book, or books, or more books in you. xox

oh katherine you have out done yourself with fiorella's story. i have a soft spot for elephants tho i don't know why. this story touched my heart and made ME want wings! so sweet...please please PLEASE write that kid's book that's in you!

Thank you so much for sharing this beautiful story! Fiorella is lovely ♥