Every Troll yearns to accessorize 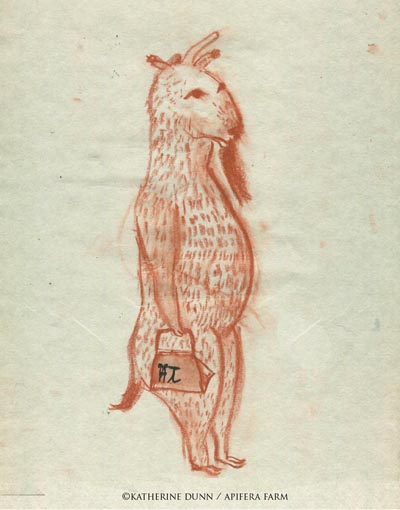 As mentioned in a previous post, with a move comes self exploration and a jolt of inspiration to make changes in one's life. When The Head Troll went to town last week, that was a surprise in and of itself to many of you, I'm sure. But I can understand what is going on here.

For twelve years, she was on top of every detail in the old barnyard-presidential elections, deaths and births, world and farm events, Halloween traditions in the pumpkin patch, Christmas Garland extravaganzas...and let's not forget her attempt to have a Summer Stock play.

But I think the move opened something up in The Head Troll, a space just for her. Just as a friend of Apifera noticed that our new Apifera seems 'softer', perhaps too The Head Troll has softened somewhat. While never a bully, she certainly had a head mistress-no nonsense personality.

So when The Head Troll came back from her village outing with a hand bag clutch, embroidered with her initials, I didn't question it. Nobody in the barn snickered either. Like seeing an old school marm dressed up out on the town, I suppose seeing her with a feminine handbag could have brought teasing amongst the Misfits. But it didn't. I think they too accept that she is seeking out somethings in her life that might have been missing....like accessories.

I'm dying to sneak a peak inside her handbag, but that would be wrong on so many levels.

{You can read all the many Head Troll stories going way back to her arrival}
Posted by Katherine Dunn/Apifera Farm at 12:36 PM

Email ThisBlogThis!Share to TwitterShare to FacebookShare to Pinterest
Labels: Misfits Move to Maine, The Head Troll

I mis-read her handbag initials as "HI" which is of course rather friendly, in keeping with her new nature. Now I see it says "HT" which also makes sense.

Oh, Head Troll! Such an inspiration! And yes ... what IS in the bag? The mystery inspires me, for sure xo