That's me-can you see her? 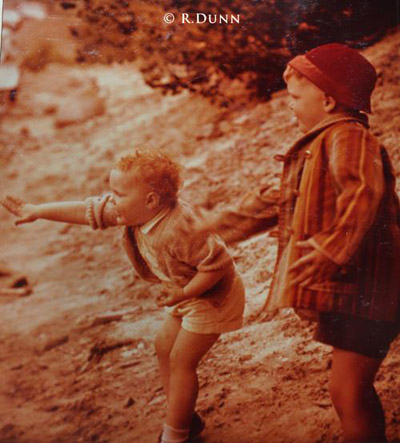 {Thank you for all the well wishes, everyone. And thank you to those of you who recently donated to the birthday fundraiser to try to get the barn funded. Only need a bit more.}

So I turned sixty.

I like to think of myself as this creature, in these photos, the soul of this youngster is still with me. There I am pointing out to something that enthralls me, makes me happy, makes me look out in wonder as I stand in my little hand made sweater.

I noticed a difference in my perception of myself in the past months leading up to sixty. You hear women say that as they age they may lose youthful looks and pure, alabaster skin but they gain wisdom and peace they never had. I think this is true. I have now become that woman, but I am also the woman that catches a glimpse of herself in a store window and wonder, "That's me?" When I do the latter, I will now think of the little happy face in this picture above.

My optimal years in the looks department are gone, they occurred in my forties and fifties I think-it was when I really came into myself professionally but also as person. Looks are also about how we perceive ourselves, I think. That old saying, "Beauty is in the eye of the beholder," is true.

I was talking the other day to my old, wiser cousin [our term of endearment for her] and we were talking about our youth driven culture. I made a statement that I think is true-as a species, for survival, we sought out youth, we sought out younger looking creatures-they would be the strongest and most fit to carry on the species. Even I, if I'm being honest, prefer the way I "looked' in my forties and early fifties, to now. I can't lie about that. And I think it's because we are engineered to innately feel that way. But would I give up what I know, feel, and experience now in my personal evolution just to 'look' that younger way....no. And nobody is asking me to either.

I had a nice couple of days of honoring this transition into this new decade. Nice notes, some phone calls, good wishes from many near and far. I missed my parents this time around. But then there they were, the dove couple in the apple tree. Later in the afternoon, we went to get some groceries and..wait for it...buy new socks...and there was a dove couple on the roof of the building. So they were around. We had another wonderful meal by Martyn, I made the family recipe white cake with chocolate frosting-the same recipe I've made probably sixty or more times. As I stirred the batter of the sturdy white cake, and folded in the egg whites-the aroma of ingredients just carried me to my mom. I could hear her telling me to fold them in, not beat them in, just as she had taught me when I was little.

I made a pan cake this time. And when I went to cut a piece, I cut one out of the center. This is sacrilege in our family, but I rarely eat sugar stuff anymore, and knew this was my chance to eat the piece I really wanted. But I could hear my parents laughing.

Martyn presented me with a beautiful black cherry burl, that he had sanded down so we can use it now a cheese board. It was from an old black cherry that fell in one of the storms. It was a perfect gift-something from our new land here in Maine, new to us, but so old and having given so much over the years to her owners, since well before 1760. It was a seat gift from the sweetest man alive.

I should also mention, Moose turned five. Sharing my birthday with a goat is a perfect fit. 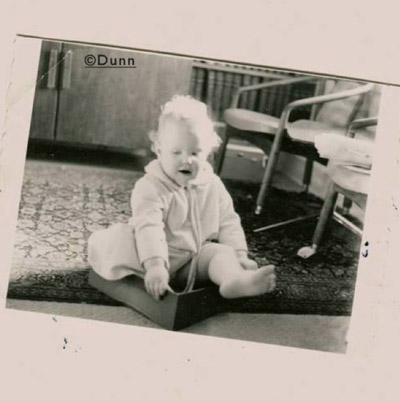 Posted by Katherine Dunn/Apifera Farm at 10:09 AM