I think they came over to help 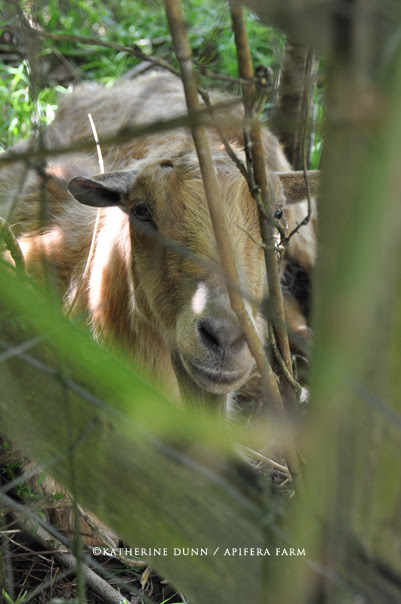 Before my mother died last Spring, I had a favorite place out the back of my studio I liked to sit while we chatted by phone. We'd have coffee together over the lines and share the goings on of the world, family and farm. It was covered with the canopy of the cherry trees and to the right I could see the barnyard.

After my mother died, I couldn't bring myself to sit there anymore. I figured in time that would change, but it has been a little over a year since she died and I still hadn't returned to the spot. I guess it's marked with trauma. But I felt a need to sit there quietly today. It was as if I was pulled their by something gentle. Maybe it was because for the last couple of days, my dearest cousin-the daughter of Uncle Clayton who some of you might know as the horse whisperer whose farm inspired me all my life to have one of my own someday-perhaps by her being here and sharing old stories was a turning point. I don't know.

But after they left this morning, all the good food, wine and conversation had me full of good energy, but I was also tired and needed to slowly restart the routines of the studio and farm. After chores, I took my coffee and found myself going to the old spot outside the studio.

It was as if there was an internal voice, slightly pushing– "Go on, go out there, you will remember how good it was to sit there."

So I stepped out and sat down for the first time in many months. But I wasn't alone. I spied Old Rudy up against the outer fence, resting in the shade of honeysuckle and eaten bramble. And then Aldo came lumbering over and lay down some 10 feet from me, near Rudy.

They never have sat there to my knowledge-they both have other haunts they like in sun and shade.

I suppose it could be a romantic notion. But I choose to believe it as a wonderful greeting not only from them, but from others who wanted me to go back to that spot and enjoy it again. It is a renewal of sorts.

Post Script: More intrique. After I left, and was back in studio, I noticed within about 5 minutes they had left. 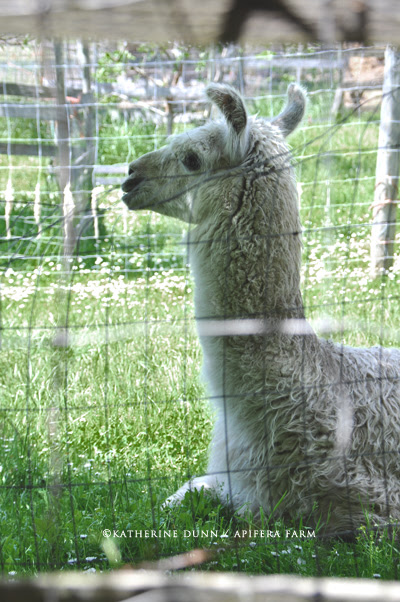 Maybe they heard the whispers in your head, they are so much more knowing than we are I find. xox