The three refugees and one pig tail 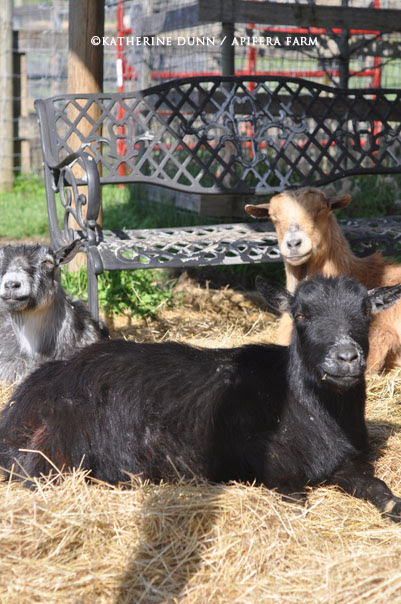 Marcella has kept me challenged as she goes through her puppy hood–one example is having to keep some of the more debilitated elders safe from her playfulness and sharp puppy teeth.

The first elder I separated out was Aldo and Scooby–ony because when she was little I didn't want her to get kicked by Aldo. I think it would be fine now, but the arrangement keeps needing adjustment as Marcella matures [for lack of a better word!]. Scooby could handle her, but he really likes to be independant of everyone, most of the day anyway. So then I had to separate Old Rudy out, who is very crippled. He can't run fast and if he needs to move or head butt, he gets unbalanced. She had scraped his ears badly, so he was then moved into live with Aldo and Scooby.

And then came Professor Otis Littleberry, who had grown somewhat unkept looking, lost some weight. Then I witnessed it ll one night and realized Marcella had been running him around, and pinning him to play with him. He had scrapes too.

So they are the Marcella Refugees, and they are happy as clams. Their area shares gates with the main barnyard, but they are pleased to have their own area not bothered by youngsters. They actually have it made as their orchard opens up into one of the crossed fenced pastures. and hey, they neighbor with the pigs.

I sensed Professor especially is much happier being away from Marcella.

In time, Marcella will be a wonderful guard. Right now, she is being a normal 5 month old, learning, making puppy mayhem at times, but also doing a bit of guarding-when she's not playing with Earnest's poor tail.

If you like to hear about the antics of Marcella and her Misfits, please consider a small subscription or reward donation to help Apifera maintain the many elders. 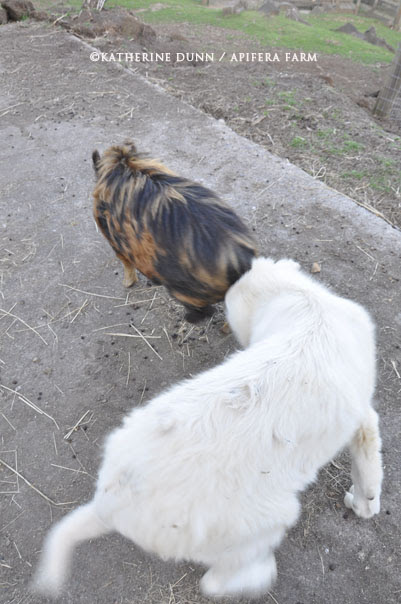 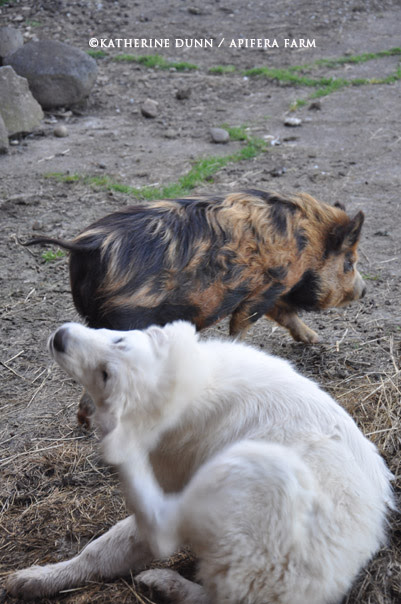