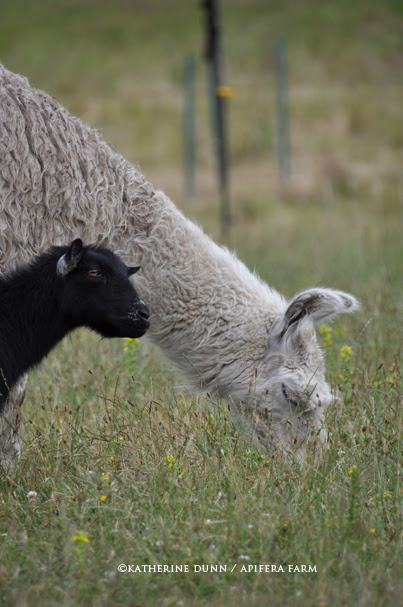 I do not let Marcella hang out at will with the old llama. Although he is very docile, and elderly, I don't trust her around the llama. She still has some play in her that could be problematic. Like I've said recently, at almost 7 months she is maturing, but is still prone to outbursts of,

"Hey Hey! I'm a monkey! I get the funniest looks where ever I go!" [Perhaps you youngsters won't get the humor in that].

I mowed last night and had her out with the war vets, as I call them, the most crippled of the Misfits, and that includes Aldo. He ignored her, but kept his eye on her, and she pretty much stayed away from him. But there were some moments when she got too pokey. She's big enough now to get away from a kick. She has to be able to run through a field with Aldo, that is just how we are set up here. Since Aldo is older, and appears okay with it, I don't think it will be a problem as she begins her real work the sheep.

I grabbed my camera on the day I let Marcella in the field. Scooby immediately went to Aldo's side, it was sweet. He is very independent of Aldo here, but is bonded to him for protection, I notice. Nobody picks on Scooby, he is an island, a real talker and his routine is to wander into a remote part of the field and graze. Then he chats up a storm when he sees me far off in the barnyard. But this particular day, when Marcella entered in the field as only Marcella can- full speed ahead and guns a blazin'-Scooby was staying close to Aldo. And when Aldo left, Scooby left. The image of the two of them leaving, seen here at the bottom, was so amusing to me. 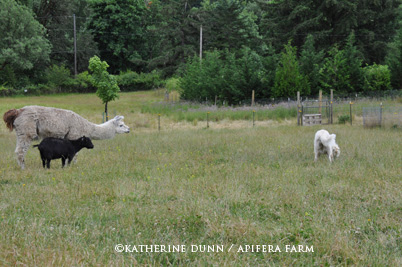 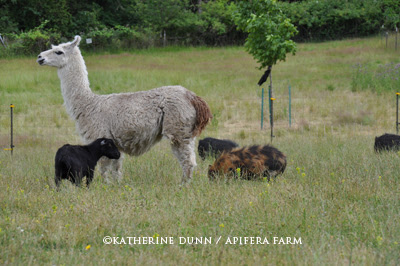 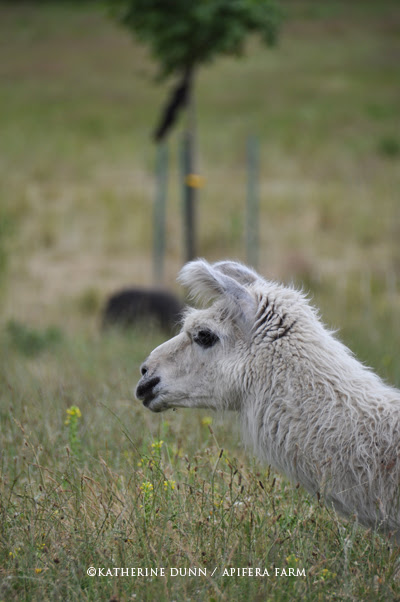 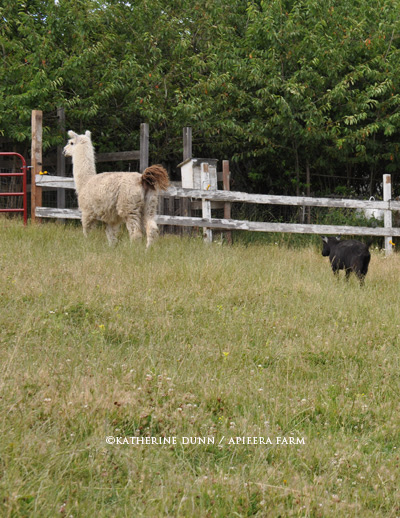 Posted by Katherine Dunn/Apifera Farm at 11:00 AM

Cute! I have a friend with rescue llamas that guard her sheep. Whenever something "scary" happens, the lambs run and hide behind the llamas. It's adorable.