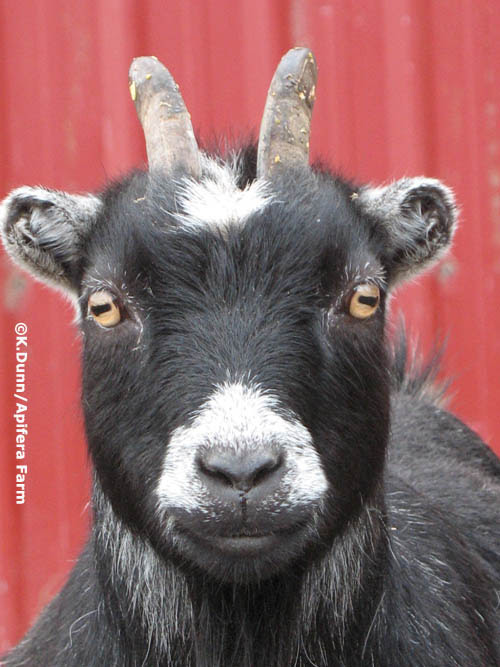 Tonight, at a little donkey's ass before midnight, the Ghosts of Fallen Cows will put on their annual "Milk Rain" show in the old barn.

As I've mentioned, our farm used to be a dairy, so there are many brave souls buried here. It is said, and I have never dared find out, that if one spends the night in the old barn on October 31st, that milk will begin dripping from all crevices. I've been told it is a gentle haunting, and as one of the ewes said, "Milk is a mother cure for many ills, so the cows are just commending us in their own way."

I decided this year to make a little costume for Frankie the pygmy. She is so often teased for her appearance, that I decided a peacock outfit would be appropriate - elegant, beautiful, but still bold. But on my first round of measurements, Frankie balked. "I require no costume, or mask. I will go to the "Milk Rain" au naturel. Let the ewes gussy up. It's just not my style."

Somewhat disappointed, I relented. I did get to see Boone preparing - it was sweet, he had decided to get down on all four knees, and go as Pino. Pino did his usual feather headdress and went as Black Elk, as he admired the wisdom of his writings. Rosie went as a ram so she could ram into Joe Pye all night, and Joe Pye Weed went as a daisy, because he thinks being named after a weed doesn't show his sensitive side. Lucia was a flopped ear rabbit, and I saw her struggling with the hay twine to get her ears just right. Paco had carved out a hay bale and wore it like a suit- he said he was a cat bed. Hmmmm.

I took great pictures, but mysteriously - cue the music - all of them had a milky white gauze on them. Except this one of Frankie.

--The End--
Posted by Katherine Dunn/Apifera Farm at 2:44 PM